Welcome to the Product-Led Hot Seat

Today, product-led pros answer the hardest hitting questions (truly, they're "stumpers"). And we find some good news amid the grim, which proves there's always opportunity amid a crisis.


Listen wherever you get podcasts:

The latest with Twitter CEO Jack Dorsey is gaining huge traction across the ‘net, as he took to Twitter on Tuesday to pledge $1 billion of his Square equity to something called Start Small LLC to fund global COVID-19 relief.

“After we disarm this pandemic,” he writes, “The focus will shift to girl’s health and education, and UBI. It will operate transparently, all flows tracked here.”

(He then links to a Google Doc—yes, you heard me right—of the breakdown of the financials.)

This one has my ears perked for multiple reasons. And within his Twitter thread, Jack answers all the questions we might have.

Why pull from Square (and not Twitter)? “Simply: I own a lot more Square,” he shares. And the impact this money will have should benefit both companies over the long-term, because it’s helping the people they want to serve.

Why UBI and girl’s ed? Because Jack believes they “represent the best long-term solutions to the existential problems facing the world.” (Agree with you on that one, Jack.)

Why the transparency? “It’s important to show my work so I and others can learn,” he writes. Jack says he’s discovered and funded many orgs with proven impact and efficiency in the past, mostly anonymously. Going forward, all grants will be public. And he says suggestions in doing so are welcome.

So why now? Here's Jack's full Twitter thread, if you're interested in checking out the full rundown.

The Product-Led Growth Collective, if you aren’t familiar, is a community-driven resource—made for growth-minded folks, by growth-minded folks. Through it, industry leaders share insights, strategies, and lessons they’ve learned from their own paths to becoming product-led.

And the team is dropping season 2 of its interview series, Voice of the Product—and this one’s all about stumpers.

In it, they put eight product-led leaders—like Appcues’ Jonathan Kim, Darius Contractor from Airtable, David Apple from Notion, and Tanya Littlefield of Litmus—in the hot seat. And the results are worth a watch. Each episode consists of one question, with responses from behind-the-minds of these product-led pros.

Here’s a link to the trailer to get you pumped (and very likely make you chuckle).

My question to you is: What’re your thoughts on the product-led initiative? We have a special edition episode coming up featuring Wes Bush of Product-Led Institute, (also featured in Voice of the Product) and I’d like your thoughts on what you want to hear more about regarding product-led anything.

Send me your thoughts: abby@recurnow.com.

A feel-good bit with Grace Gagnon

Grace here, popping in with some feel-good news.

And I’m feeling compelled to share a featured quote from Crisis Management Leader Judy Smith. Her words feel especially impactful during this unknown time. “There’s always an opportunity with crisis,” she says. “Just as it forces an individual to look inside himself, it forces a company to re-examine its policies and practices.”

So maybe, it’s all about perspective. This time alone to reflect, think, and create is sacred for the visionaries of the world. Capitalize on the emotions you’re feeling and the time you have.

You can also submit quotes from powerful women that you enjoy yourself.

Remember friends—we’re in this together.

I may be biased, because I leverage TeamPassword on the regular as one of my top-used tools in the professional sphere (but then again, I’d consider myself selfish not to share the intel with my Recur Now crew).

The concept behind TeamPassword is simple: It’s a plugin to your web browser with which you can share passwords seamlessly among team members.

When you’re on a site, the software automatically detects the URL and suggests potential passwords for the using. Then, it’s a matter of plug and play. It’s mindless, it’s genius, it’s ultimately—incredibly useful. 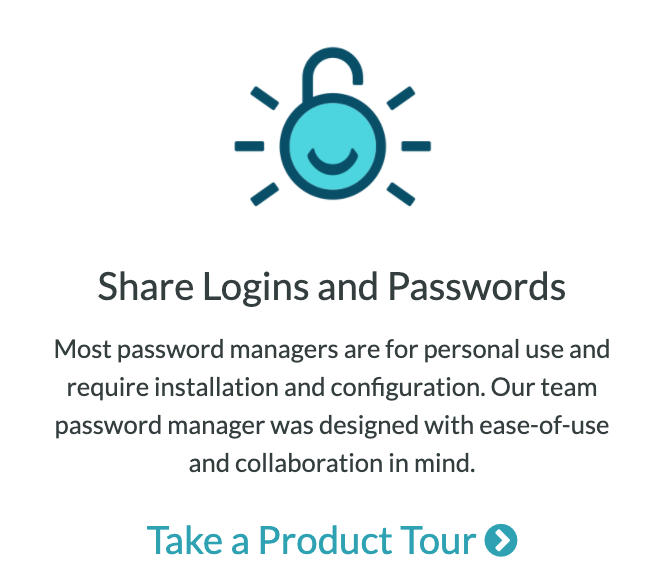 We often talk about how the most successful SaaS companies are those that solve a problem with simplicity. And I’ve witnessed TeamPassword do this seamlessly, with this fast, no-frills, secure solution to password management.

That’s a wrap on your April 9 episode of Recur Now. More goods for you here tomorrow.

Remember, if you have news to spread or input on any topic we cover, don't hesitate to reach out to me at abby@recurnow.com.

In this episode of Recur Now, we're addressing growth in turbulent times.

Navigating Subscription in the Air

In this episode of Recur Now, we're flying.

Consumers Don't Want to Talk to You

In this episode of Recur Now, three Boston tech talents light up the show.