Your values are extremely important for driving high impact growth. Yet, there’s so much going on in your business that it can be hard to spend enough time to make them stick.


One founder who has done really well in this space is Kyle Porter, Co-Founder and CEO of SalesLoft. I had a chance to catch up with Kyle at SaaStock in Dublin, Ireland and hear shared SalesLoft’s fascinating origin story and some invaluable insights about the way he’s shaped the company’s values-driven culture.

Let’s go back in time to the beginning of SalesLoft before diving into how you can figure out the values that define your company.

“David, I want to start a business with you.”

That was Kyle’s pitch to his then-acquaintance and Pardot founder David Cummings, delivered over lunch in 2011. It was a shot in the dark. Kyle didn’t have a business name, a logo, or even a specific idea in mind. But, he must have been persuasive – David agreed and the two of them started swapping ideas in a Google doc.

They quickly settled on a mission: helping salespeople to be more sincere in their interactions with their customers. David provided the initial funding and space within the Pardot office and soon, SalesLoft was doing customer development and building its first product.

Not everything went so smoothly. Kyle had always valued the advice about building culture that he received from his advisors and mentors. Yet in the beginning, he followed almost none of it. After completing TechStars and putting a year’s work into the fledgling business, Kyle and David completely overhauled the business. They let their initial team go and started over from scratch, adding Rob Forman to lead product and engineering.

1. Product and engineering must be valued as much as sales and marketing. Despite achieving some early success in the market, Kyle needed someone with specialized expertise to continue growth.

2. Hiring a team based on resumes alone won’t cut it. It’s essential that people on the team believe in the mission and company values as intensely as the founders do.

Kyle credits a large part of SalesLoft’s post-reboot growth to his success getting every member of the team aligned behind a set of core beliefs. Here’s how he’s made it happen.

“The industry that we’re in requires fundamental belief in yourself, in your company, and in your offering. All [of] sales is transferring that belief to someone else.”

Kyle constantly reinforces the SalesLoft vision, mission, and values with his team. He reviews all three each week in all-hands meetings and makes a point to tell stories about the impact of their product on the lives of their customers. Kyle shared a great story about a customer and his dog that I don’t want to spoil for you – you can hear it for yourself around the 5 minute mark in our interview.

Continually referencing your values doesn’t guarantee that you’ll always live up to them, Kyle says, but it makes returning to them much easier if you get off track.

When he stumbles – like in the rare moments when he lets negativity overtake his near-omnipresent optimism – he shares the experience with his team and encourages them to do the same. This creates a culture where the SalesLoft values aren’t only shared, they’re lived.

In six-month check-ins with new employees, Kyle regularly hears team members express their surprise that the company so successfully lives up to its stated values and how those values seem to have staying power even outside of the office. He shared the SalesLoft values with us with us:

1. Glass Half Full (Positive)
2. Bias Towards Action (Self Starting)
3. Team Over Self (Supportive)
4. Customer First
5. Focused on Results

This list has evolved over the years at SalesLoft, from the first three defined immediately after the reboot to the full list of five in use today. These values are enshrined in a book – the SalesLoft Creed – that’s handed to potential hires during the interview process and shared with all employees. Kyle updates the Creed twice a year to reflect share information about new team members and discuss the current status of the company and its beliefs.

Kyle has used these practices for years to build a robust and healthy culture at SalesLoft. But, he shared some valuable tips for those just starting the process of defining company values.

“It’s rallying the team around 'here’s what we’re doing' and 'here’s how we’re helping' and building the roadmap to suit that.”

When helping other founders to identify company values, Kyle coaches them to start by pinpointing the people who best exemplify the business. After listing and comparing their traits, themes will emerge that can be udse to narrow down the list to a set of core beliefs.

Kyle also encourages companies to group their values into three sets: core, aspirational, and permission-to-play. Core values are those where your business is already better than 99% of others out there. Aspirational values are those where you’re working to be better than others but maybe aren’t there yet. Permission-to-play values are the table stakes of company culture, like honesty and integrity, that make up the expected baseline for everyone on the team but don’t strongly define the company.

Both of these techniques can help to clarify latent values within your business and narrow down the list of possible values to choose.

Putting It All Together

The values that Kyle cultivated at SalesLoft have served as the company’s North Star as it has experienced incredible growth over the years. The company has now expanded to 180 people and was recently named the Best Medium Employer in Atlanta by the Atlanta Business Chronicle.

Kyle has successfully aligned the SalesLoft values and mission, creating a culture of empathy and humanity while bringing the same principles to the B2B sales process. Following his strategy can allow others to do the same.

These interviews are a first peek at something we’re incredibly excited about at ProfitWell -- a new focus on sharing some really meaningful stories from within the recurring revenue economy. If that sounds intriguing to you, click here to get exclusive early access to the shows we’re preparing to debut in 2018. 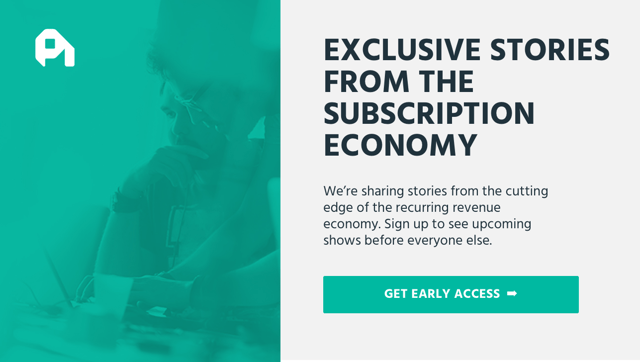 What is Revenue Operations & Why RevOps is Crucial for Subscription Businesses

Revenue Operations or RevOps for short is a crucial way for your business to keep quality customers and revenue in your sales funnel.

Jeremey Donovan, SVP of Sales Strategy and Operations at SalesLoft, breaks down data-driven prospecting and why personalizing outreach is the single most important thing you could do.

Recurring revenue drives all subscription-based businesses. If you aren’t tracking and optimizing recurring revenue, your company has a risk of failure.

We studied just over 5,000 recurring revenue companies to provide benchmarks on driving higher ARPU at signup with value metrics and the impact within the subscription economy.