While the SaaS community is nothing but supportive, we run rampant with a lot of conjecture and rumor. I don’t think any suggestions or tactics are ill-intention, but rather stem from being an industry in it’s infancy. After all, true SaaS really hasn’t been around for more than a couple of decades.

Take any advice around churn as an example. If you search Quora or Google for, “What’s a good churn rate?”, you get either, “well lower is always better” or numbers that are based off benchmarks of low double digit numbers of companies (these benchmarks vary by industry as well). Again, not the author’s fault, more product of circumstance. 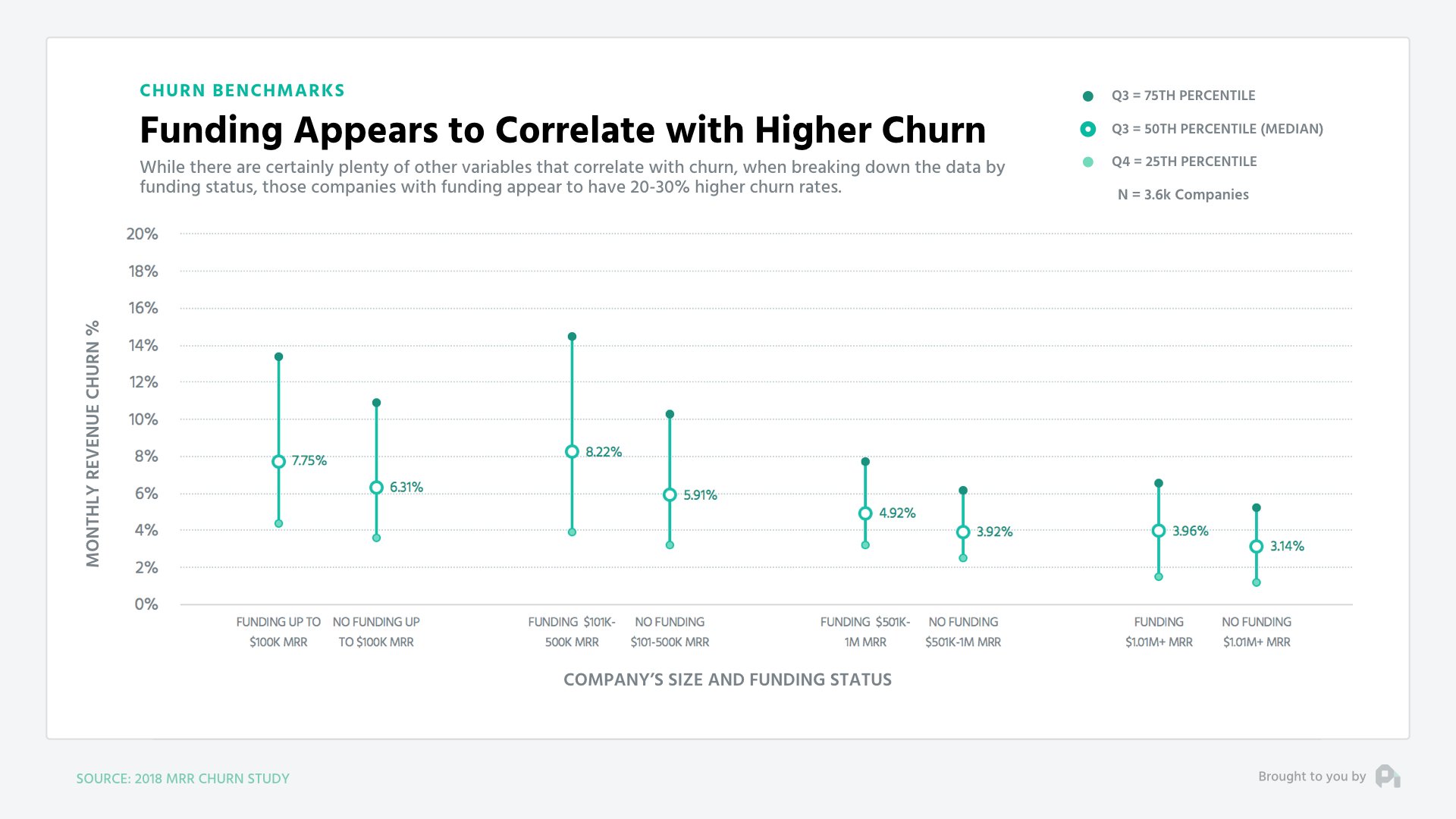 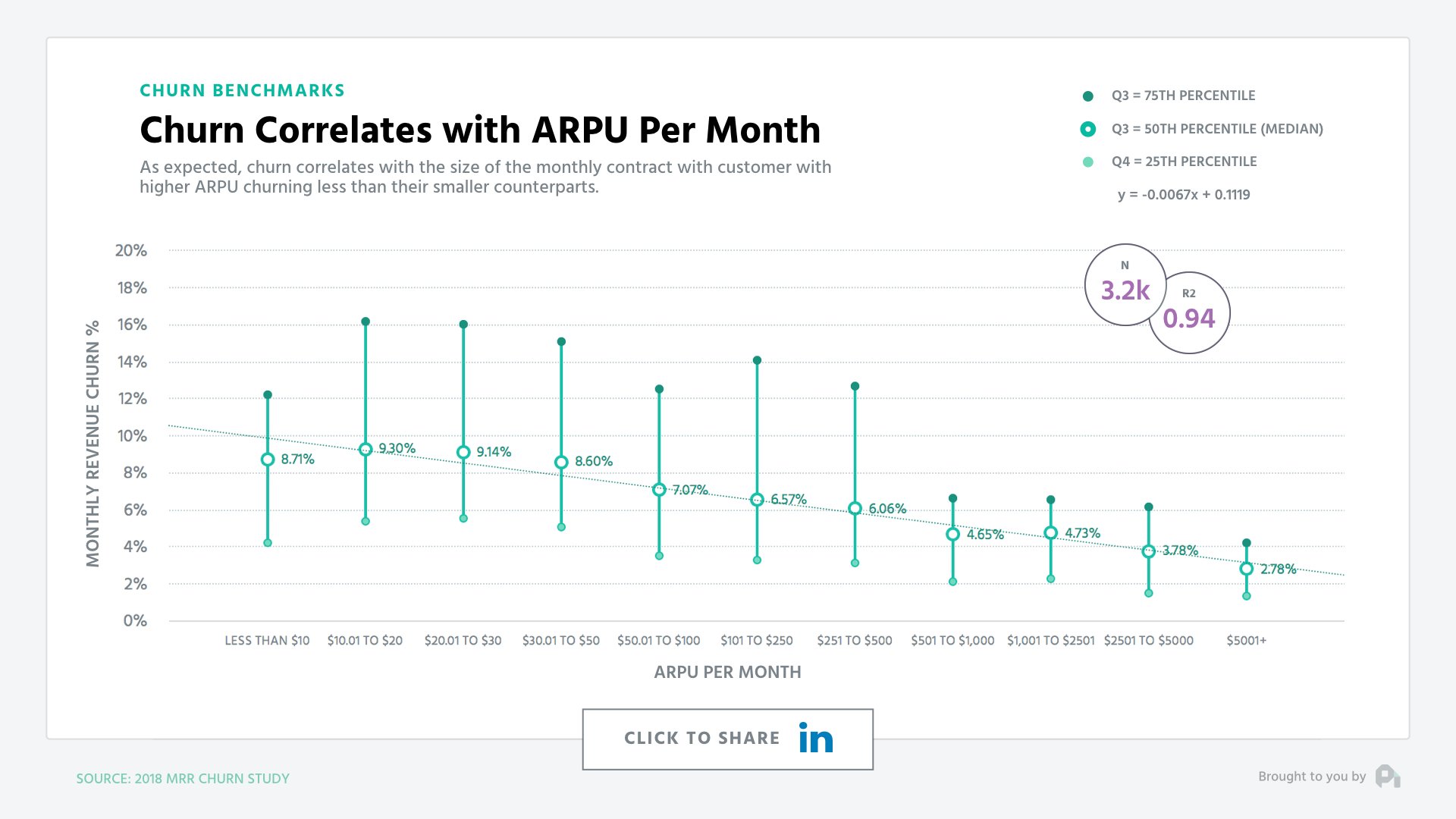 There’s a lot to think about with the above data, particularly where you fall on the map. Of course, while there are some clear trends, this isn’t to say your business is doomed if you don’t fall into these categories. Yet, if you’re too far out of these categories, then you may need to re-evaluate your current retention frameworks, especially since customer attrition is crucial to your growth’s success. 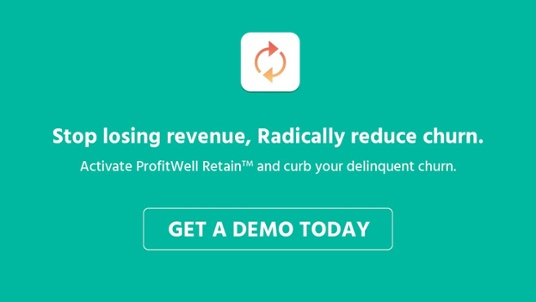 MRR Churn threatens your Monthly Recurring Revenue by destroying your MRR momentum. To be successful (and emulate the most successful SaaS businesses in the world) you must calculate and optimize MRR Churn correctly.