Octopuses are fascinating creatures. Three hearts for multi-system management, eight limbs for multi-axis movement, and four defense mechanisms make a good recipe for being around for millions of years. I find companies that deploy octopus-business strategies even more fascinating though. 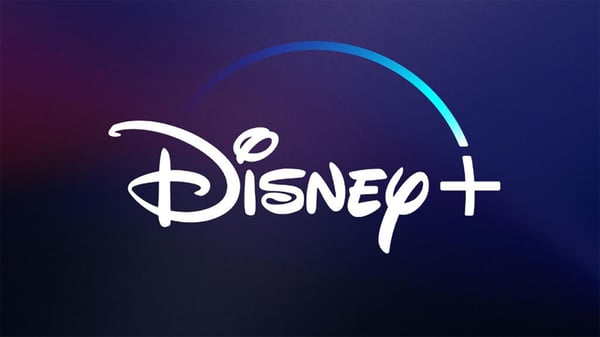 One of the most notorious octopus businesses out there is Disney. Everything they do is centered around the core competency of being phenomenal at story telling. They then have many "tentacles" to sell and distribute those stories. Yet just like the octopus they've evolved to protect this competency in reaction to shifting markets. We rarely see a reaction like what Disney has done in the last 12 months, especially from an older, public company:

We haven't seen this type of massive shift in behavior since their rival Netflix went core with online streaming streaming. I think we're getting most of the implications of this shift wrong though - or rather, we're not going deep enough.

Most journalists who contacted me about Disney's decisions either lamented the short-term lost revenue or heralded the shift as similar to Apple's, which would mean a future trillion-dollar market cap. While both are true, they just scratch the surface. The power of Disney's move here is in the retention of compounding growth and that's where the lessons for all of us exist. Let's dig deeper.

How you deploy your core competency matters

The first lesson here comes down to how you deploy your core competency. In the old world, Disney would create the best stories (or buy the companies that would rival them in storytelling—Pixar, Lucas Studios, Marvel, etc) and then send them to multiple tentacles for distribution. Movie theaters, retail, global syndication partners, etc., are all obvious, but they also deployed these stories in theme parks, merchandise, cruises, and other physical experiences.

Like an octopus they used these tentacles to go out and gather food (cash from customers) to build energy to go start the cycle again (more stories).

Disney ran this strategy better than anyone—thinking about ROI for content in ten-year terms. The first tranche of revenue comes from domestic and international box office returns. The next tranche is from home entertainment (digital sales and rentals, PPV, DVDs, etc). Then comes TV viewing through cable, which is followed by TV viewing on free networks. All of these tranches are also underpinned by merchandising and licensing.

It's important to keep in mind that the success of each preceding tranche impacted the value of the following tranches. Put another way, if the box office is a dud, you're likely not going to see a lot of home entertainment sales, let alone merchandise sales. Small percentage drops in box office results can mean the loss of hundreds of millions of dollars. This is also why Friends—a mediocre sitcom (yes, I said it)—was able to command $100M from Netflix for distribution over a decade after it was on the air.

You used to be able to actually count the number of shows or movies coming out, and there just wasn't as much out there. In fact in 1979, there were 89 television shows and the lowest rated one, Rob Lowe's A New Kind of Family, pulled in 19 million weekly viewers. Today the highest rated TV show (NCIS) pulls in 15M weekly worldwide and there are so many shows we've essentially stopped counting them.

Disney competed in this new world through going "upmarket" in quality, but this strategy only lasted so long. Consumer tastes and consumption started spreading out like butter on bread. We were inundated with more quality content than we could watch. Throw in advertising costs skyrocketing and you have a recipe for ROI dropping like a brick.

So what did Disney do? They cut off tentacles to survive by creating a self-serving platform.

By placing their Disney+ streaming service at their core, Disney aligned their core competency and their distribution strategy nearly perfectly. Instead of needing to go to the customers, the customers are already there. This cuts out costs, middlemen, and ultimately puts power back in Disney's hands, because customer re-engagement or retention become easier. It's like an octopus that gets food that lands right in it's beak without any work (yea they also have beaks, which is kind of terrifying).

How could this manifest itself for your business? Well, the basic idea is whomever gets closest to the customer wins. With Disney+ Disney is basically getting as close as humanly possible, cutting out the physical distance of needing to leave your home or needing to buy Disney content on a one-off basis. They've reduced decision time by going direct.

We're all trying to get closer to the customer and this seems obvious, so where's the new thought? Well, I'd tactically modify this to: whomever gets closest to and makes it easiest for the customer to say yes, wins. Disney is already bundling new releases like Mulan for an extra charge. I'm sure early access or exclusive merchandise, physical park experiences, or even fan memberships are just around the corner.

3 ways to do this

For your business, I see three core ways to do this, assuming most of you reading this are already subscription companies:

Everything serves the core and lock customers into the core (respectfully)

When Disney put Mulan on Disney+ for an extra $30 for early access, it brought in an estimated $33.5M over its opening weekend. People fixated on this number and I think it's the most boring one to think about. Instead, fixate on the fact that Disney+ downloads increased 68%—bringing in likely over 500k new users. All of these new subscribers paid to cover part or all of their CAC and the production of the movie.

Disney can easily run this playbook over and over again, keeping some blockbusters in theaters, releasing others for a premium one-time purchase as a part of Disney+, or simultaneously releasing these as a premium purchase in the home and in theaters.

The implication for you here is: what value are you giving up monetizing or minimally monetizing to bring in more customers?

We typically think of growth too much like a single move game—do a thing and get money. It's multi-move. We already spoke about freemium, but there are content, brand, product, and other moves you can be making to get leverage and bring customers into your sphere of influence.

As channels become more and more dense, we're going to need to get more creative in how we acquire customers. I don't have all the answers here, but we're experimenting at ProfitWell by studying media and hype retail companies. Sure, we're going after 43-year-old VPs with 2.3 kids and an SUV versus 22-year-old Tik Tokers, but many lessons are to be learned by the best distributors in the world.

One last big lesson from Disney is that they're creating a lock-in effect that's subtle and oh-so beautiful. Typically lock-in effects exist when your product has something that your customer can't lose, so no matter how bad your product is they stay. This could be data, file storage, wiki articles, etc.

For Disney, let's imagine a world where I'm only able to access my purchased copy of Mulan if I have a Disney+ subscription, do you think many people are going to cancel under those circumstances? Sure, Disney has now released Mulan for general Disney+ subscribers. Yet, I'd bet most of my stake in ProfitWell that the retention rate for those customers who purchased Mulan will be 20% better than those who didn't over the next few months. Buy-in creates lock-in.

Disney is also notorious for differentiating the same movies in different ways. They add bonuses and special editions with never before released scenes. They put certain titles "back in the vault" and come out with platinum editions. I see a future where this is applied to these one-off purchases or even is spurred by purchasing other items and merchandise. Imagine where only people who bought premium Mulan can purchase limited edition merchandise? Double, triple, quadruple dipping—and lifetime value just continues to expand all the way to the bank.

Lessons for your business

I trust this was helpful. I bet we're going to see more octopus businesses in the future, mainly because we're not going to have a choice. The market's getting denser and rather than resetting our growth expectations, we're going to remember the good ol' days of 2004 and seek those multiples, which'll only come through evolving.

I suppose that's the ultimate octopus lesson here though—evolution within your environment is the only constant. Your core competency will remain the same, but everything else you need to have the guts to throw out the window. Disney is definitely aggravating their traditional partners, but it's because they're adapting to the new world.

I find a lot of execs and founders holding on to some outdated vision document or trying to force a square product into a round world—it's just not going to work.

I leave you with one of my favorite excerpts of all time from Mike Troiano:

The octopus is whatever it needs to be to win: invisible or ominous, strong or liquid, ugly or beautiful. It is smarter than its enemies, but feels with the strength of three hearts. It uses ink to conceal, and jets to escape. It has the resolve to detach its own limbs when attacked, and the inventiveness to light its own way in the darkness. The way of the bull comes naturally to me. But I try every day to be more like the octopus.

Powering the curious with Leela Srinivasan of SurveyMonkey

How Leela Srinivasan powers the curious at SurveyMonkey, as the first Chief Marketing Officer at the survey software titan.

On this episode of Protect the Hustle, Anjali Sud dives deep into video. We talk about the next wave of video, being simple but powerful, how monetization adds value to a user, the signal to move upmarket, and having a culture of open debate.