Neither Facebook nor Twitter are at their peak in terms of public sentiment. With controversies surrounding both platforms, we decided it was time to analyze their business models to see if subscriptions could help restore some goodwill with the public.


*****We will only be posting a few of these episodes on the blog, which means if you want to be a part of this series you must subscribe separately below****

Facebook currently has 65 million business accounts, with 5 million advertising accounts contributing to their revenue. These advertising accounts can set a budget within Facebook that limits how much is spent over a set period of time, but Facebook is still effectively charging based on impressions. Twitter’s business users are more difficult to quantify because they don’t have separate accounts for individuals vs. businesses. 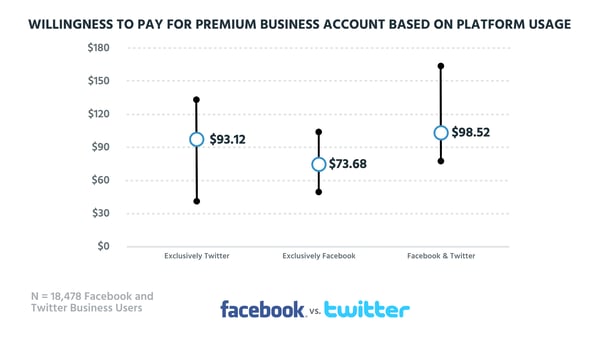 This data is also interesting when cut by revenue segments. We see strong willingness to pay coming out of the smallest revenue segment, which is where the majority of FB advertising accounts come from. Most small business subscriptions are priced in the $10-$20 per month range because SMB buyers are typically price sensitive. To see small business buyers willing to pay $50 per month for a premium subscription is a nice signal that subscriptions could be a viable source of revenue for both platforms. 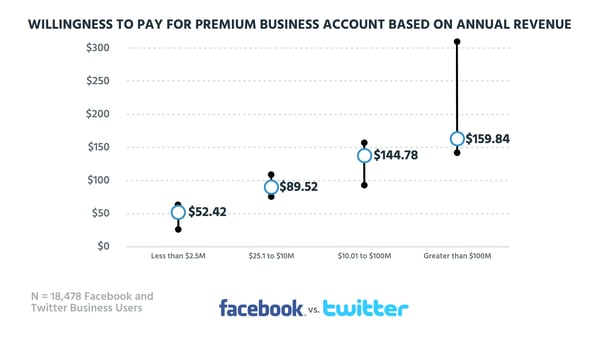 Even at these prices it wouldn’t make sense for Facebook or Twitter to promote a premium subscription - they’re making more than $600 per year per user from their advertising model. 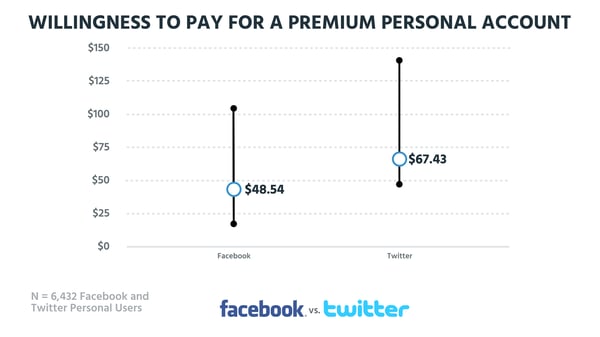 Looking at the value matrix for these platform is interesting, because it shows which features business account users value. In the top right quadrant we see more traditional social media management features such as user permissioning, automatic content promotion, and audience building. 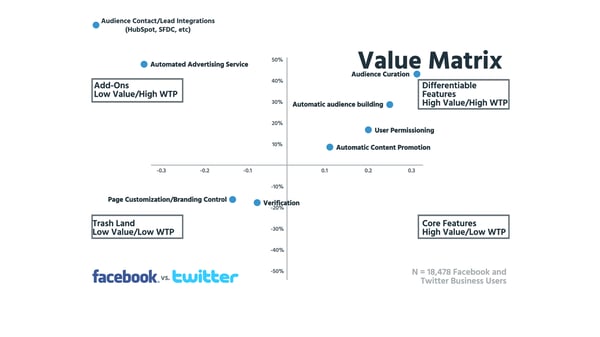 It’s also interesting to see which features are less valued but have high willingness to pay. Automated advertising and Contact/Lead integrations are clearly not popular with the overall population, but those companies who do value them are willing to pay significantly more for them.

Subscriptions help you know thy customer

The subscription model bakes customer relationships directly into the monetization efforts of a company. If you’re selling a subscription, you’re forced to know your customer on a deeper level in order to succeed.

One could argue that both Facebook and Twitter would benefit from closer relationships with their users, but from a revenue standpoint it probably doesn’t make sense to change their models completely.

In the future it will be important for both Facebook and Twitter to evolve and ensure users and advertisers aren’t at odds with one another. Perhaps subscriptions will play a part in this; finding a balance and keeping both users and advertisers happy will go a long way towards their financial success. 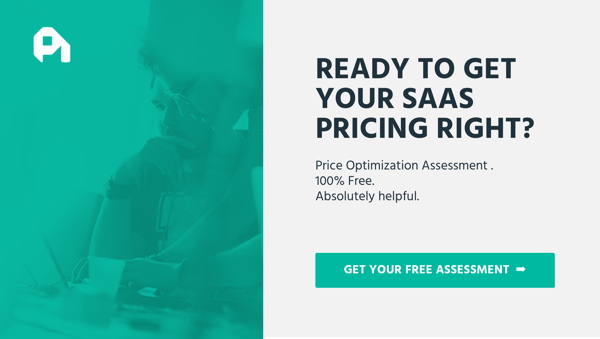 Artist subscription content service provider Patreon is hitting the first wave of a new subscription economy. We dig into how they can help content creators grow faster with a better pricing strategy.

In this week's episode, Patrick and Peter take a look at the quilting and knitting industries to see the impact of a hypothetical subscription box service.