On this episode of the ProfitWell Report, Landon Bennett, Co-Founder of Userfeed and Ad Reform, is curious to know if focusing on the competition is good or bad for the growth of a business.

Well, after studying two and a half thousand subscription companies, we're excited to share what we found:

****We will only be posting a few of these episodes on the blog, which means if you want to make sure you don't miss an episode of this series you must subscribe separately below****


“Focus on your customers, don’t even think about the competition.” I've heard this piece of advice consistently for the past decade. Yet, when I ask why, the responses are typically pretty lukewarm and appeal to a time of tech company past when there were only a few companies in existence for each space.

First, let's talk about the rise in competition in the subscription space. 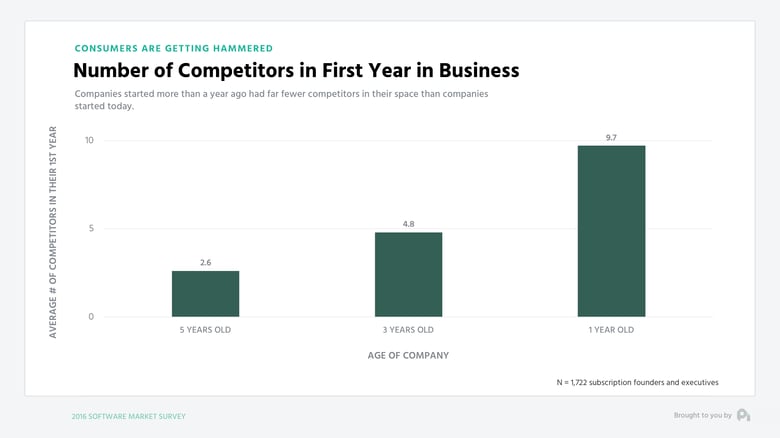 So should we focus on all this new competition?

When we explore marketing data, it turns out some level of competitive focus does work. Customer acquisition cost or CAC is roughly 15% lower for companies with a competitive focus, which includes comparison pages, competitive ads, and the like. 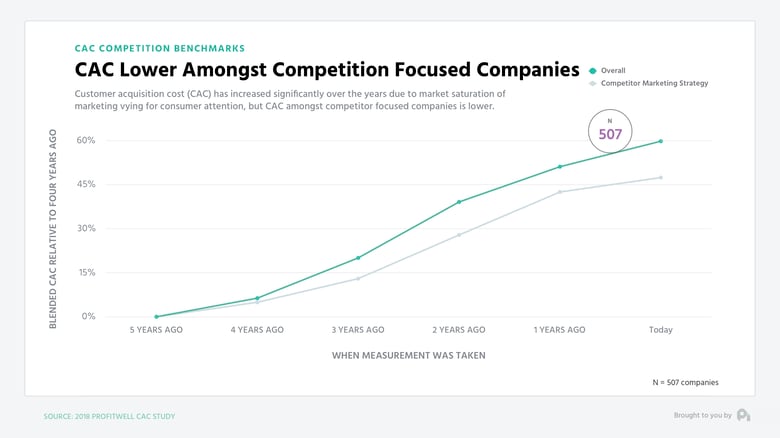 When done well, the data suggests that competitive comparisons can actually help buyers make a decision, because they’re already doing research in a competitive market. So it stands to reason that you should help them with their research and respectfully show the differences between you and your competitors.

However, we haven't approached the question from all appropriate angles yet. Product is a whole different issue, where those companies with a competitive product strategy are actually doing worse from a customer satisfaction perspective, as measured through net promoter score. 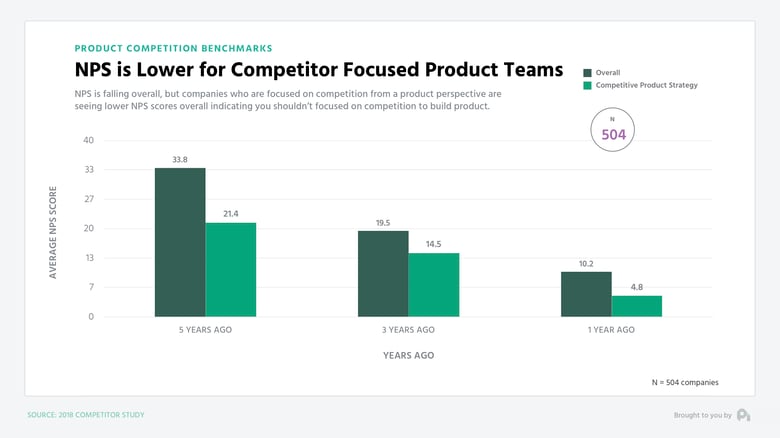 So should you focus on your competition?

Well, it’s hard to say. You never want to do anything that sacrifices product quality, and the data suggests that these companies who are focused on competition presumably are good at lowering their CAC, but not so great at defending their NPS.

Like most cliches then this comes down to your situation and your discipline.

We looked at the growth rates of just under four hundred companies across a myriad of spaces to answer the question: how does work-life balance impact company growth?

Your Open Office Space May be Tainting Your Subscription Growth

We studied just over one thousand subscription and SaaS companies to find out how open offices impact subscription growth.

How Do You Increase Expansion Revenue Quickly?

Zype's Ed Laczynski asks us about a crucial mechanism in growing a subscription company: How do you increase expansion revenue, and quickly?