How To: Burn the Churn

On this episode of the ProfitWell Report, Nathan Beckord, Co-Founder and CEO of Foundersuite, wants to know the best ways to combat churn, and we think it's safe to assume Nathan isn't the only one on the churn-solving mission.

So to locate the best tactics to combat churn, we studied and gathered data from just over eight thousand subscription companies.

Here's what we found.

Churn is a fact of life in the subscription game, but the beauty of the subscription model is that for the first time in the history of business, the relationship is baked right into how we make money. If a customer no longer sees the value in what we’re providing, they can easily cancel when the term comes up for renewal.

Yet, just because churn is a fact of life, doesn’t mean we can’t optimize for tactics that reduce churn considerably. Lets get to the data we gathered.

First up, the number one thing a lot of us need to attack yesterday is our failed payments. 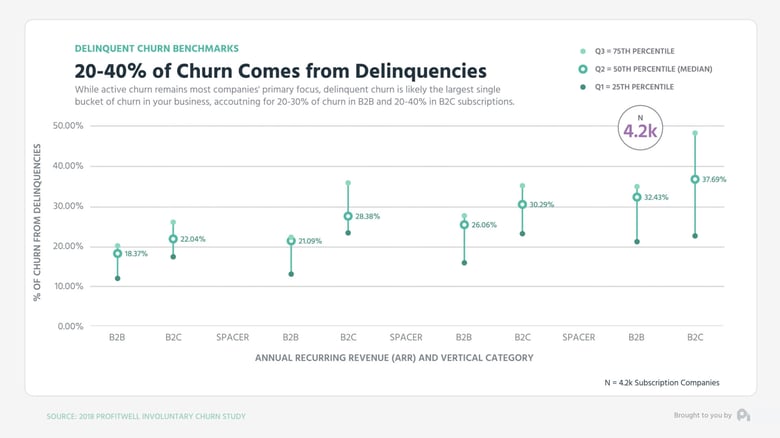 This is likely because you’re getting a bit better at regular churn, but also because you don’t get economies of scale with more credit cards.

No matter the size of the company, we’re recovering only around 30% of those individuals that have a failed payment. 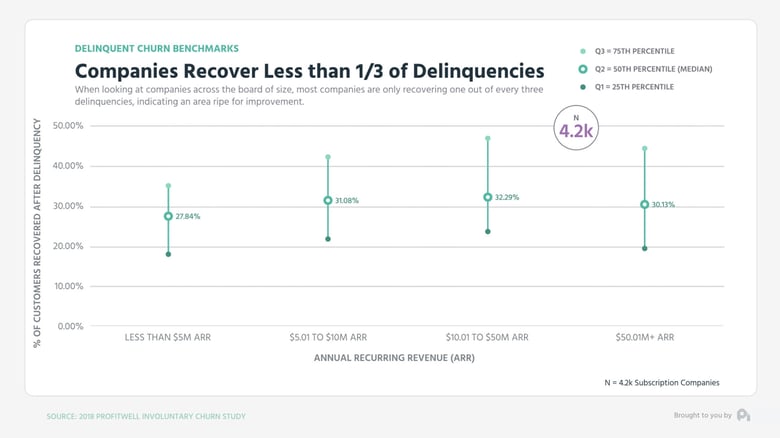 To put it another way - for every 10 people who have a payment failure, you’re only recovering 3, leaving 7 to basically be flushed down the tubes.

After fixing up your delinquencies, I’d start to optimize annual payments. As the data indicates, those companies with more annual customers see lower churn, sometimes 5x lower, mainly because these customers have one purchasing decision per year versus 12 per year. 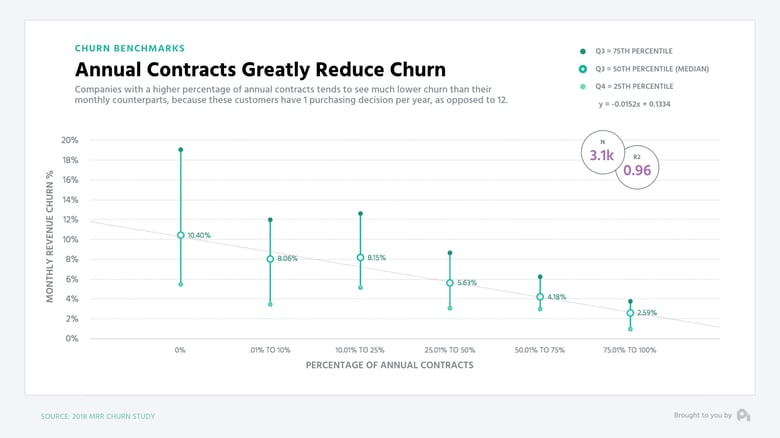 This obviously won’t hack your way out of not having a great product, but it certainly will help if you already have the right foundation.

Next is a bit more difficult to implement, meaning it’s not a quick fix, but one of the highest impact shifts you can make is utilizing a value metric in your pricing strategy. A value metric is what you charge for - per user, per 100 visits, per 1,000 videos - could be a whole host of things.

Those companies utilizing a value metric tend to see half the gross churn of their feature differentiated counterparts. 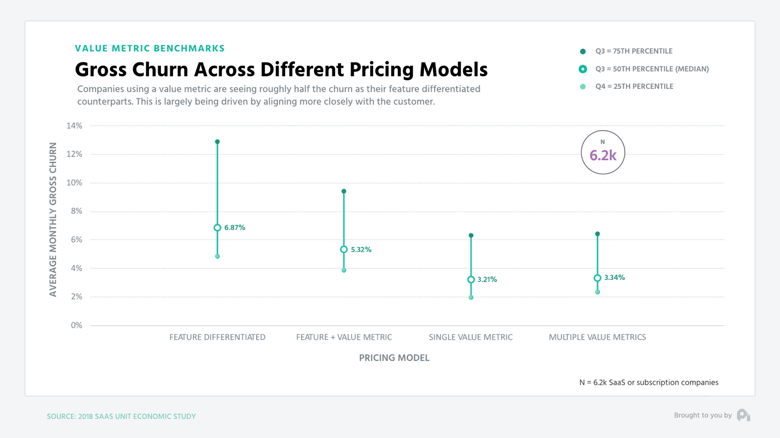 Ultimately, your gross churn is an incredibly tricky problem to attack that no amount of tactics is going to solve. Yet, there are very mechanical pieces of churn and classic positioning strategies with value metrics and annuals that can help you stack the deck and compound the churn reduction value that your product team is already implementing.