To avoid burying the lead too much - your SaaS financial metrics require the precision of a specialist. The math gets too complicated, and the stakes for getting them right are too high. Let's explore this concept by illuminating how complicated your calculations can become, discuss the disastrous implications of getting these numbers wrong, before revealing how much time this truly takes to do right.

Table of Contents:
1. It's way more complex than you think
2. Do you understand how complicated calculating accurate metrics can be?
3. So what though? What happens if you get these wrong?
4. We haven't even mentioned how much of your valuable time you'll lose
5. Focus on your business and product, not calculating your metrics

It's way more complex than you think

Yet, you're still putting your metric calculation and management on your backburner, reactively pulling these numbers when needed. This is a recipe for disastrously inaccurate metrics, because this is way more complex than you think. 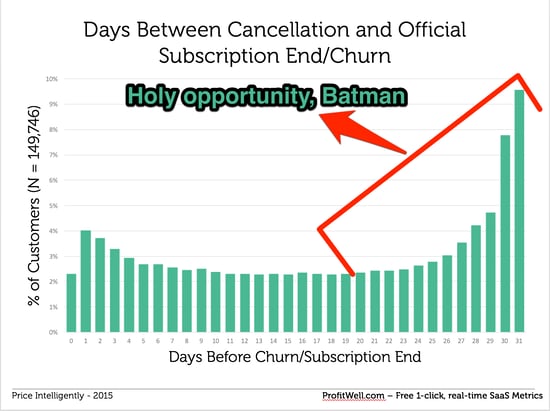 Your financial planning and momentum will be defunct

Perhaps most pragmatically, your metrics help you plan and understand exactly how quickly you can grow, as well as who your best customers are (CAC and LTV). Having inaccurate metrics may mean you're going to waste an enormous amount of time on the wrong segment of your customers, or more scarily - not cutting or adding staff to grow or keep your business around (as was the case with Zirtual).

You're fraudulently reporting to your investors/advisors/partners

If you've raised money on inaccurate metrics, you're in trouble. Best case scenario you fix the mistake and they just think you're in need of some training. Worst case scenario you end up getting sued for fraud. Either way it's not a good look, and it becomes scarier as the stakes get higher and higher. Word travels quickly too, especially in a community as small as SaaS.

You're setting your team up for failure

Reporting that your sales team hit their goal, but finance corrects you when they close the books for the month/quarter because you were calculating MRR incorrectly is demoralizing beyond belief. This goes for any part of your team relying on a compass metric.

You're potentially hiding enormous problems in your business

Think about what inaccurate customer acquisition cost calculations could mean for your business, especially if you're relying on paid acquisition. Further, what if you're not segmenting your customer properly and don't focus enough time on high value customers. You'll end up losing time and potentially runway - both of which are precious.

What is SaaS Sales? Score Customers, Track Metrics, and Understand Your Market

SaaS sales is a whole different animal than regular product sales. Getting customers hooked on a product they can use for years means you need to have a compelling product.

Your Largest Bucket of Churn (And How to Prevent it)

The biggest portion of your churn isn't customers making an active decision to leave. It's delinquents. Here's what that means and how to get this revenue back.