Why understanding your MRR Churn is so important?

Product should constantly be optimizing to reduce the MRR Churn Rate

The product team should focus on reducing the MRR Churn Rate every single month. Churn is a key indicator about the value of the product and its features. If product does their job well, the rate of active cancellations should get to $0 monthly.

Your finance and operations team need to to know MRR Churn in order to see how much MRR is being lost. This allows them to model and predict finances including your Profit and Loss and burn rate. Tracking MRR Churn overtime will give them insight into how to hire and scale when customer acquisition grows rapidly.

These are the customers who actively choose to cancel their accounts for a number of reasons (didn’t like the product, can’t afford it anymore, etc.).

MRR Churn and its respective rate are designed to help you optimize and strengthen the areas that are causing customer attrition. In that realm, here are a number of the main axes to focus on to reduce this number as much as possible.

We’ve found that across SaaS roughly 20-40% of MRR churn is actually because of failed credit cards. That’s an enormous piece of low hanging fruit given it is simply a customer’s  expired credit card. Simply putting a system in place to recover these numbers is immensely valuable. Shameless plug that ProfitWell has a system for this that you can set up with one click.

This is easier said than done, but a lot of active cancellations come from individuals who don’t get hooked into habitually using your product. When they see an invoice for something they aren’t using, then they’ll have a higher propensity to cancel.

We’ve found through our pricing strategy research at Price Intelligently that improper pricing heavily influences why folks churn out. After all, if you’re aligning your product to the value that a persona sees in the product, you shouldn’t be losing those customers. Read more on value based pricing here.

There are likely a plethora of main reasons folks are churning, from missing features to bad support experiences. You should have a product development process in place for identifying these reasons. Churn surveys work well for many SaaS companies. These surveys ask customers to choose the biggest reason they’re churning and the smallest reason they’re churning. These are exceptionally powerful because they end up allowing you to pinpoint your biggest areas of opportunity. Read more about relative preference campaigns here. 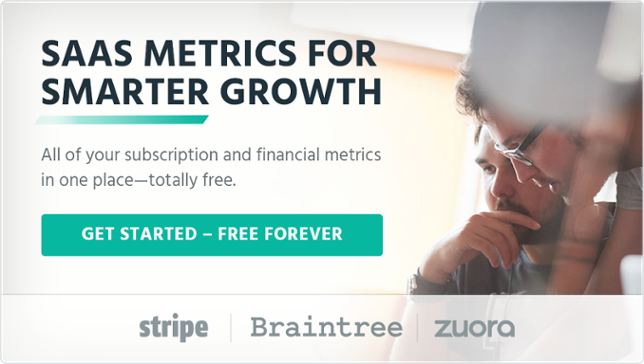 1) What is Customer Churn?

Churn happens for many different reasons. Check out the 8 top reasons for customer churn, and actionable tips to crush your churn rate and skyrocket your revenue.

How to Calculate Churn Rate: 4 Formulas For Calculating Churn

Many in SaaS are calculating churn rate incorrectly. Here's a look at the different calculations folks are using and why you need to keep it simple.

There is no silver bullet that can instantly stop all churn. That's why it is critical to implement a solid retention process to reduce churn drastically.

Why a Customer Churn Model for Prediction is Challenging, But Worth it

Having a predictive churn model can help you weed out delinquent and involuntary churn, keeping more customers and securing revenue.