Which tactics reduce churn the quickest?

Reducing churn is one of the biggest things that subscription companies can do to accelerate their growth. But this week, Kim Terry at Subscription Systems has a slight variation on the common question of how to reduce churn. He asks us: What is the quickest way to reduce churn?

Churn is part of the game we play in the subscription economy. The tradeoff of receiving the opportunity for compounding growth compared to businesses that charge strictly for one time purchases is that some customers just won’t see the value in your product anymore and will cancel.


To combat churn, you should understand your customer, target the right ones, and build a product that provides them value while ensuring they understand the value you're providing them with, which isn’t the same thing. Yet, that takes work and a lot of you out there don’t want to put in all the work needed (or at the very least know that work takes time) so what are some tactical things you can do to reduce churn quickly?


While not quickest, but definitely quicker, the highest impact churn reduction tactic you can use that doesn’t require extensive research is to change your pricing model to being value metric based. A value metric is what you charge for – per user, per 100 visits, per thousand videos. Those companies utilizing value metrics see half the gross revenue churn rate than those companies utilizing strictly feature differentiated pricing. 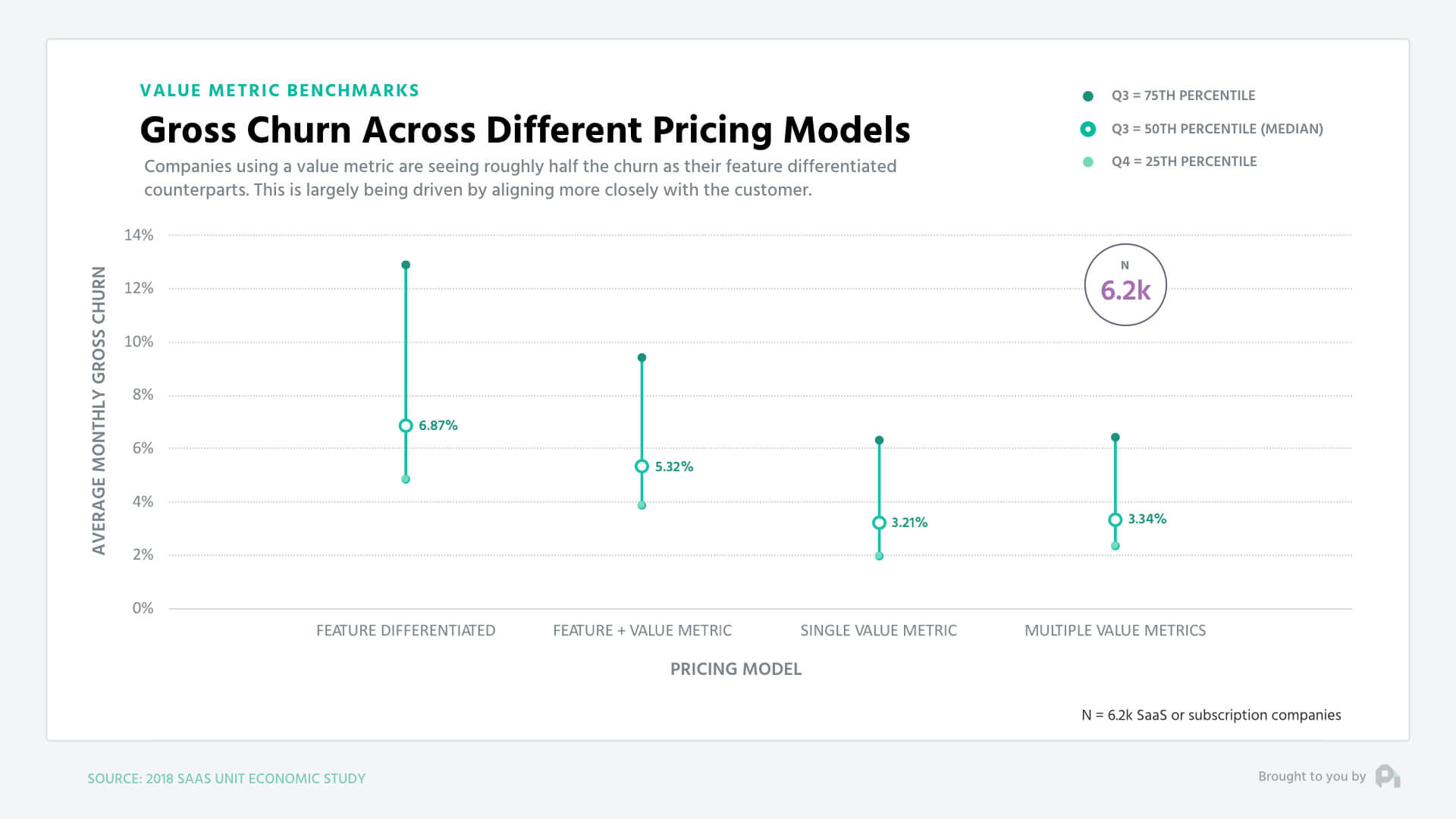 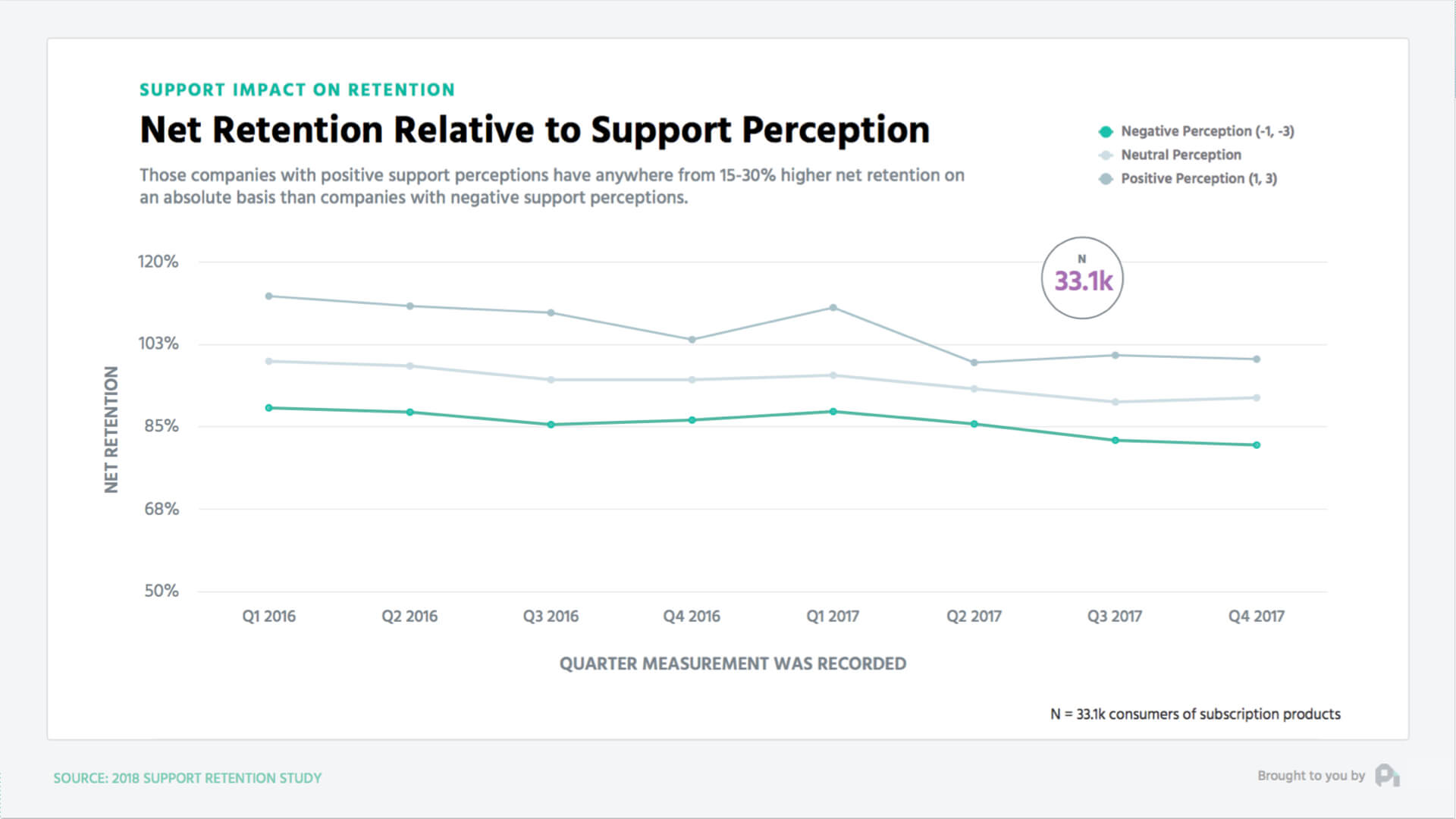 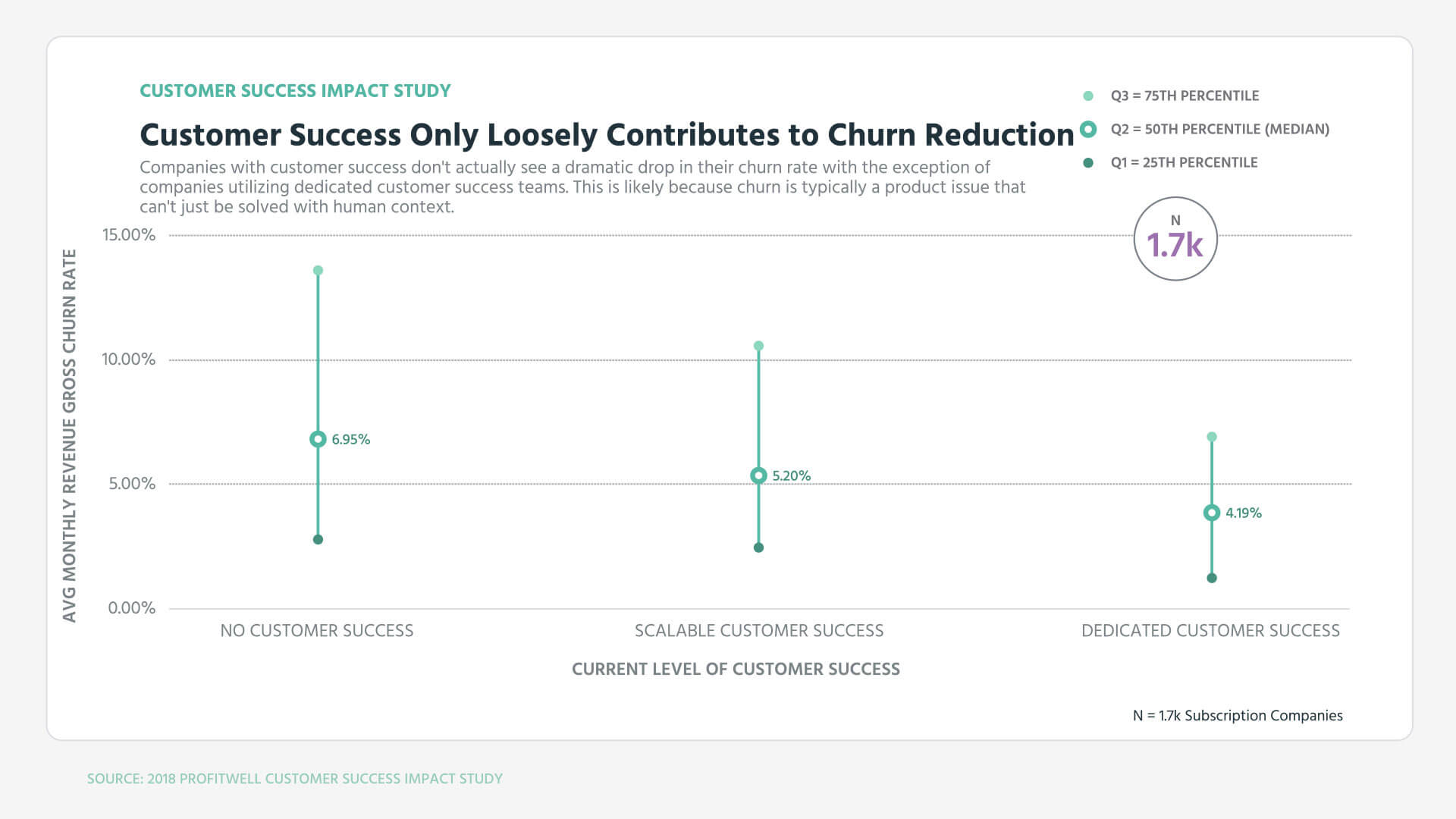 More tactically, consider implementing forced onboarding and training for your customers. This will lower your conversion rate slightly, but those customers who went through implementation see 10 to 20% higher retention rates on a relative basis than those who didn’t go through forced onboarding. Note that this trend is consistent for companies in both B2C and B2B and from low price points to high price points. 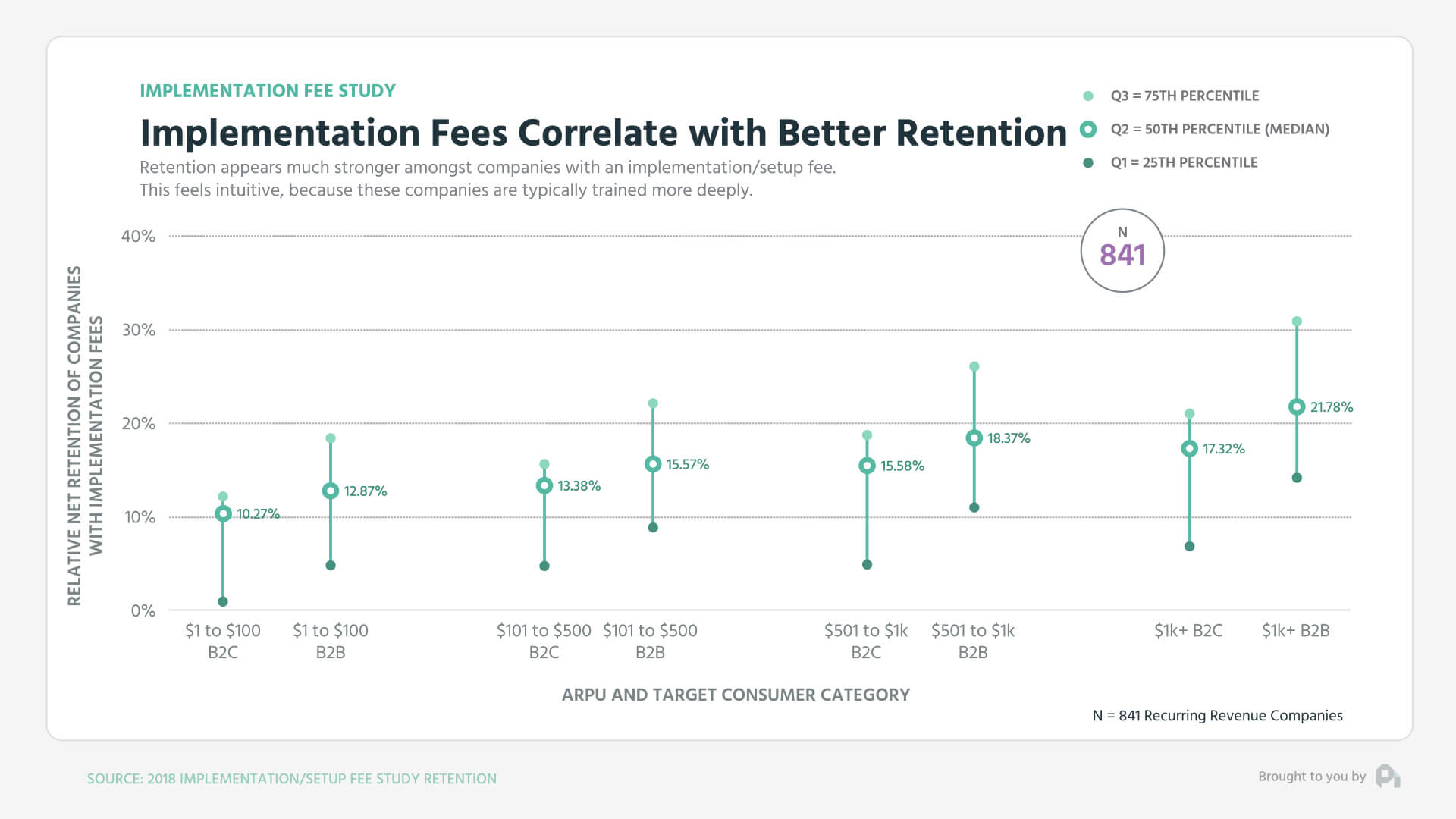 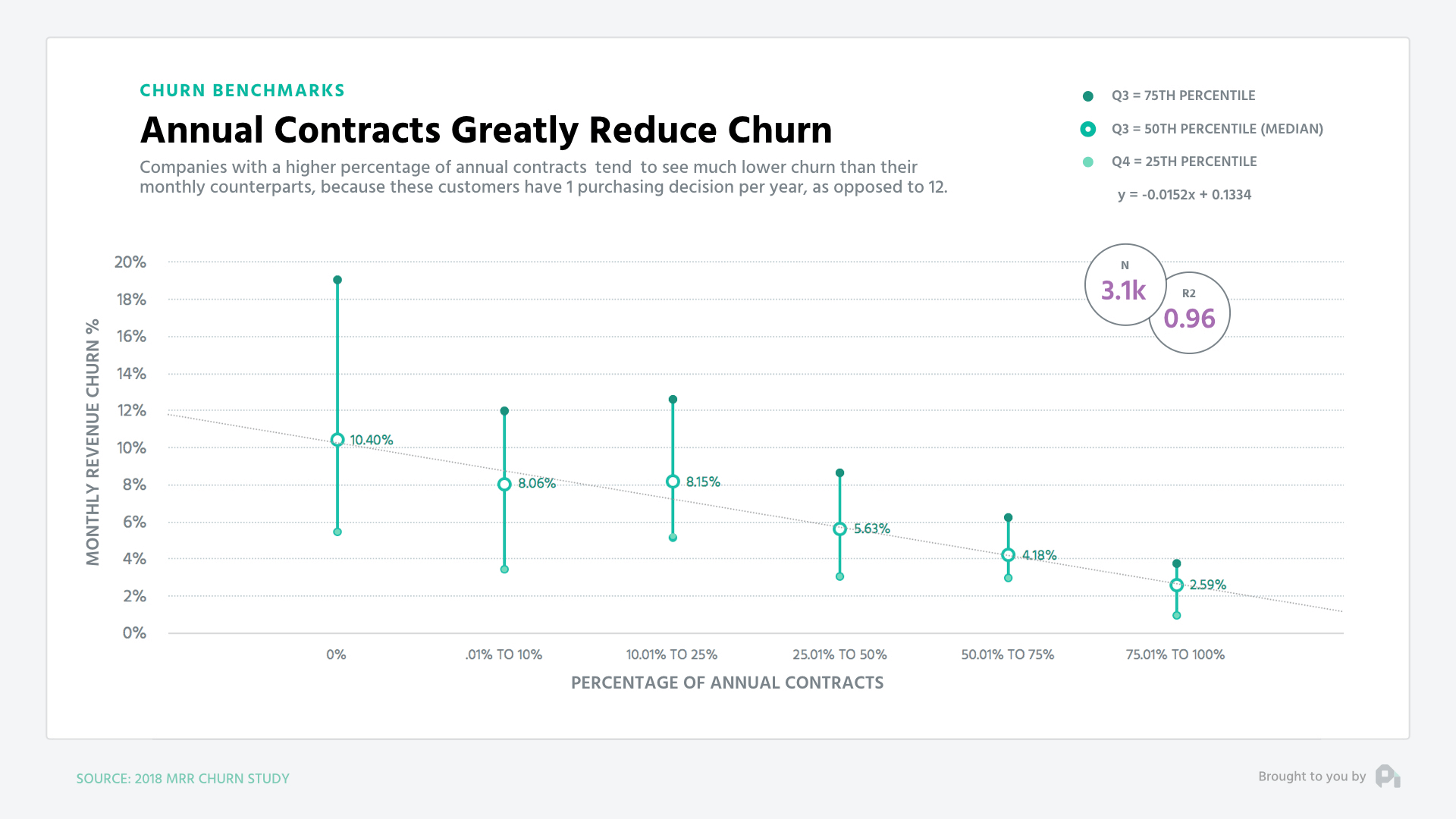 Finally, you need to tackle your failed payments. Credit cards are mechanical devices subject to failure and delinquencies – failed credit cards account for 20 to 40% of your churn when looking at both B2B and B2C companies. 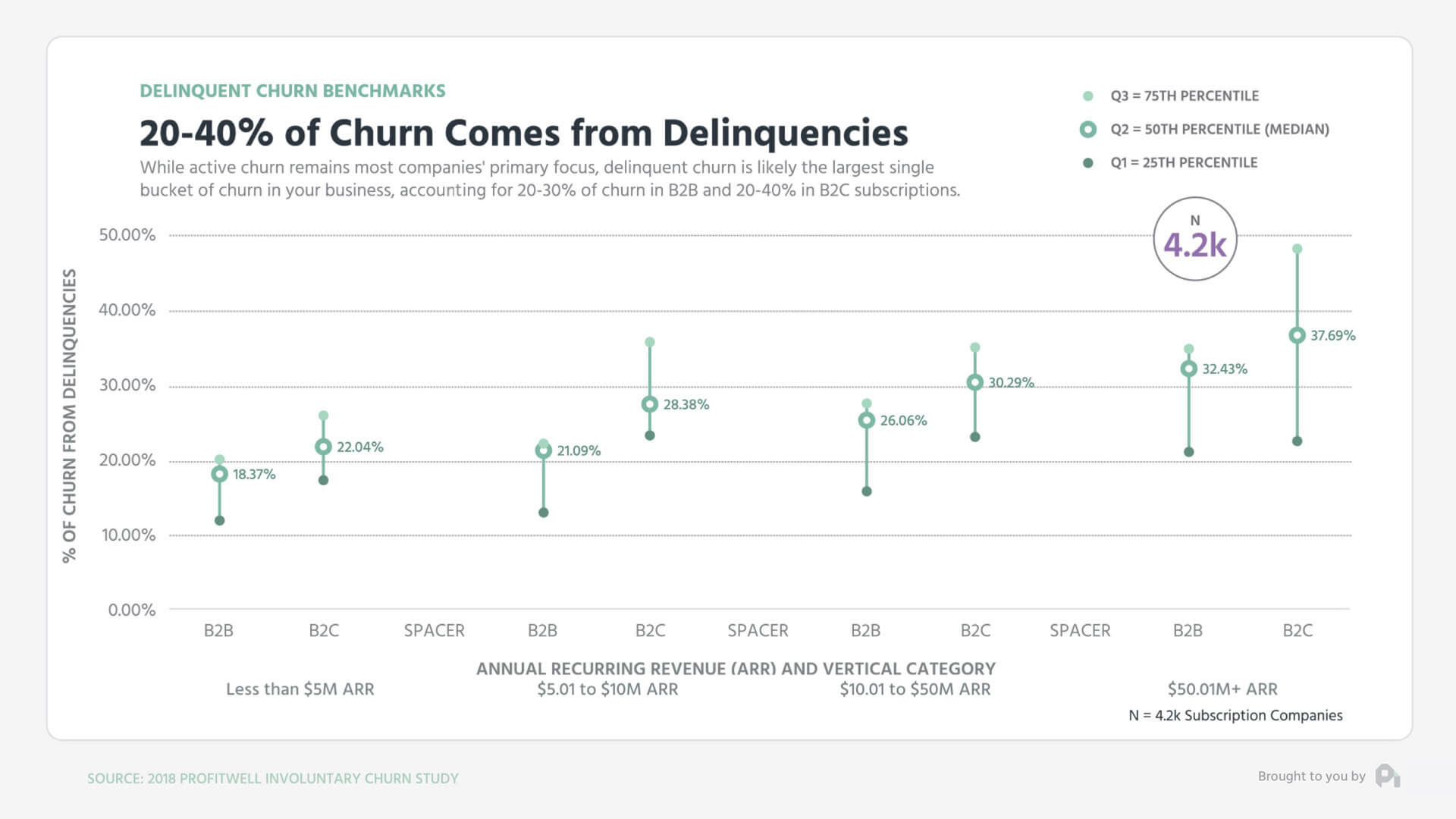 We’re actually pretty bad at recovering these failed payments. No matter the size of the company, we’re recovering only around 30% of those individuals that have a failed payment. To put it another way – for every 10 people who have a payment failure, you’re only recovering 3, leaving 7 to basically be flushed down the tubes. If you treat these folks as their own marketing channel, you can reduce this type of churn considerably – or just use ProfitWell Retain. :) 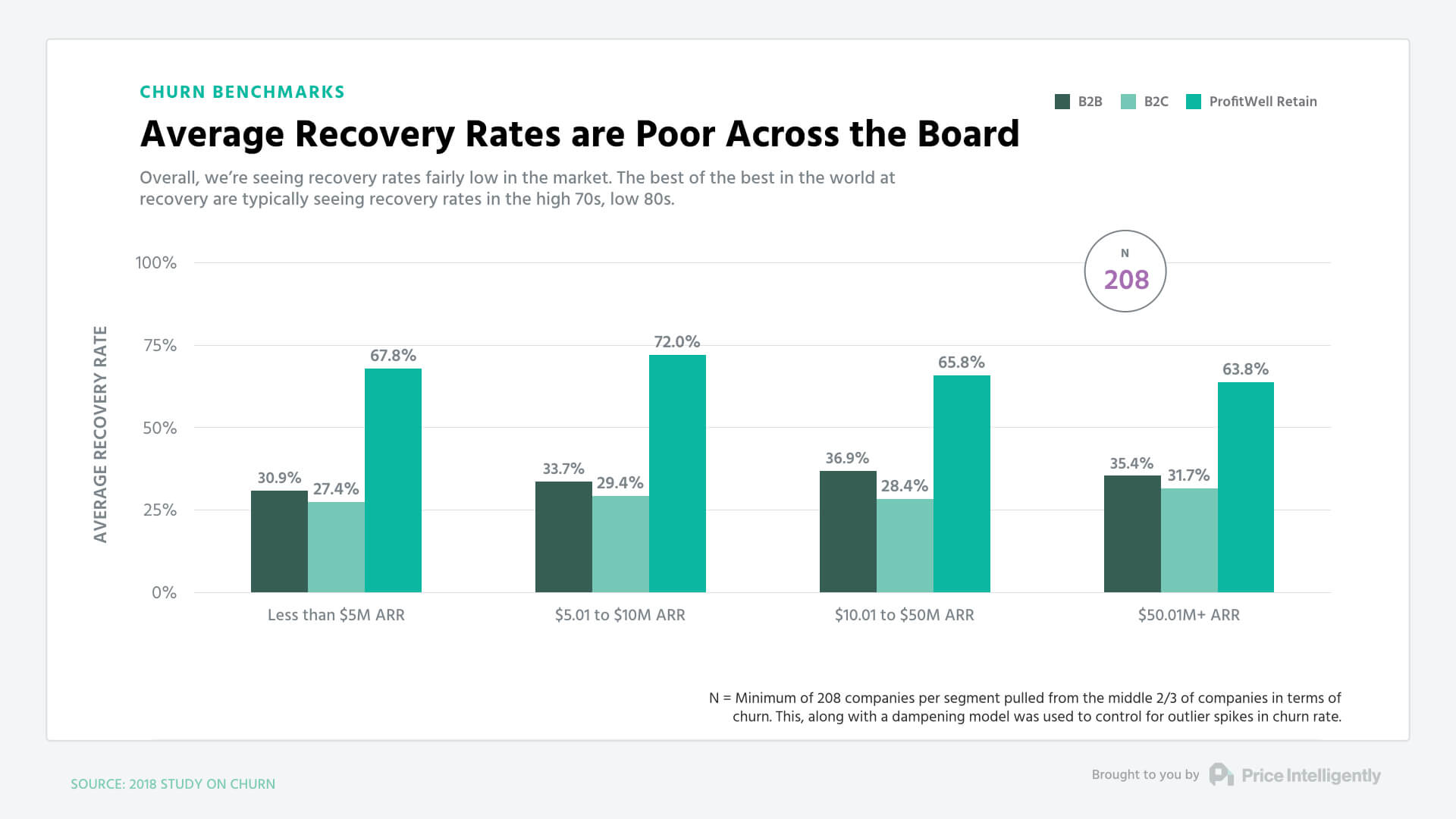 I could go on for hours talking about different tactics, but those five have the highest impact on churn if you need to make direct changes in the next quarter. Keep in mind though, the relationship with your customer goes well beyond quick fixes. While these tactical pieces will reduce your churn, no amount of tactics will make up for selling to the wrong product to the wrong customer, so make sure you’re doing your research on why people are churning, so you can plug in those gaps to reduce churn in the long term.


Well, that's all for now. If you have a question that you'd like to see me answer, ship me an email or video to neel@profitwell.com and if you got value here or on any other week of the report, we appreciate any and all shares on Twitter and LinkedIn. That’s how we measure if we should keeping doing this or not. We’ll see you next week.