Today, we see Appcues and Zapier team up, a prospect for human IPO-ing, plus an outlet for education by ear.

Sony halves the price of its PlayStation Now subscription service, as the cloud gaming saga rages on—adding new titles like “Grand Theft Auto V” and “God of War” to the subscription service. Perhaps this pricing slash will give them the leg up they'll need amid the gaming service boom.

"A monthly subscription to PlayStation Now will cost $9.99, down from a previous monthly price of $19.99."

Since I don't consider myself a gamer, I'm super interested to hear from my subscription gamers in this space—because this battle is far from over. Hit me up at abby@recurnow.com with your thoughts on these offerings—where they can improve or how you think they're nailing it.

We’re eyeing a new Appcues <> Zapier integration in beta, aiming to help you increase your free-to-paid conversions. Apparently, it got Appointlet to increase by 210%.

The Appcues blog breaks it down, but here are some key points we extracted on the stats:

There's a lot to dig into in this piece, but it's cool to see two big players in the space utilizing their expertise to create the best user experience that can be.

Previously on the show, we’ve touched on the prospect of subscribing to humans. But what about funding them??

And we’ve found it: in something called HumanIPO. Apparently, it’s a marketplace for investing in just that—people. With it, you can buy, sell, and exchange human equity backed by time. 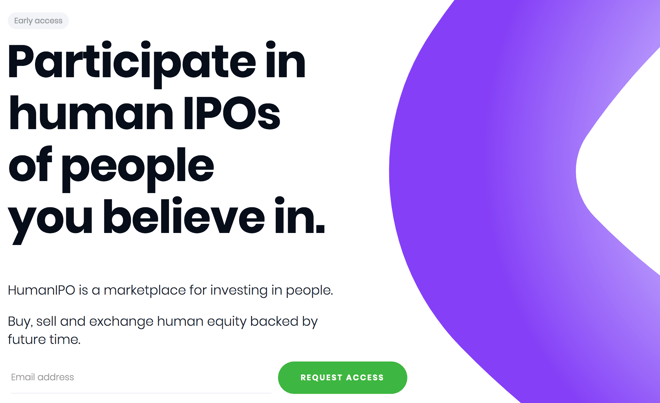 Before announcing a personal IPO, the HumanIPO team conducts an investigation process on each human—reviewing financial records, past business performance, and a personal health check.

The road to market adoption for this one will be interesting, but you bet I signed up for early access to hop on the ride.

Product Hunt’s daily digest recently featured Knowable—a sort of Masterclass, but strictly audio. Such a simple idea... could be kind of genius.

The idea is to tap into the set of podcast listeners who want to learn new skills by way of ear versus eyeball.

"Knowable combines the 'listenability of podcasts, the authority of audiobooks, and the structure of online courses' for a new way to educate."

It’s launching with eight-hour courses, no ads, at $100—to drop knowledge on topics from launching a startup to better sleep. As an avid podcaster, I'm certainly down for this. $100 for a course seems fair enough, but we’ll see how the initial value here affects my willingness to pay.

And since we are all about feedback, we hopped on the follower train.

You know we’re huge feedback fanatics at ProfitWell, stemming from our CEO Patrick. And we’ve implemented many of the above in our quest for consumer curiosity. But together, we want more.

"Feedback is central to being human. And there is likely nothing more crucial to the success of your business." —Patrick Campbell

Send me a note at abby@recurnow.com on your best and brightest feedback tactics, and we’ll dive deep on them in upcoming episodes. Hearing your voice is a huge part of why we do this. So let’s get your expertise involved.

Name Your Price is a game during which players are prompted with questions of monetary value—reminiscent of childhood discussion—but with prompts both bigger and bolder. Today, I’m joined by Tony Zhu, John Mangini, Devin Bhatia, and Brianna Van Tuinen, who answer how much I’d have to pay them to lose their strongest team member.

And that’s a wrap for your October 3 subscription news. Recruit your teammates into the subscription know by sending them to recurnow.com to sign up for daily episodes to their inbox.