Building a company is hard. Really hard. No matter the circumstance, we hate to see companies fail.

Today—we're sharing how the newest ecommerce platform, Elliot, was unable to recover from DDoS attacks, leading them to shut down.

As we share this story, know we fully support and commend the Elliot team for all their efforts.

The end of Elliot

At the start of 2020—things looked promising for the emerging ecommerce platform: Elliot. Its founders—Sergio Villaseñor, Clayton Chambers, and Marco Marandiz—promoted the platform as a seamless ecommerce experience. 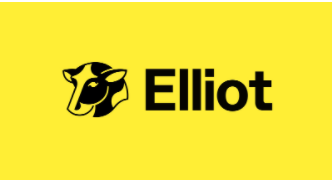 They talked a big game, sometimes negatively, about their competitors directly on Twitter. Elliot founders were masters at marketing, building a massive audience.

But sometimes—things out of our control happen that an audience can’t shield you from.

As I go through the timeline of what happened—remember that there are humans behind this operation, and we as humans, are sometimes destined to fail, so that we may grow. We need to commend each other’s efforts regardless of the outcome.

Let's take a look at how Elliot started the year off strong.

We enter January 2020: Elliot founders are tweeting and appearing in news articles, touting Elliot as the next phase of ecommerce.

Elliot had also announced plans to launch a QVC-like channel called DTC Live. DTC Live was going to operate separately from Elliot and allow brands to have customers shop from an interactive live stream.

Not only was Elliot going to give merchants an easy selling platform—but also offered brand visibility through DTC Live.

From what we can tell June is when things spiraled out of control.

A bunch of companies—like T-Mobile, Fortnite, Instagram, Comcast, and Elliot—report these DDoS attacks.

At this time, Sergio claimed no customer-specific data had been compromised and had plans to set a new launch date.

Now, fast forward to July 1, only two weeks later, founders announce on Twitter that it’s over.

Marco and Clayton wrote a letter vaguely detailing what happened—and that Sergio stepped down.

Here’s an excerpt from the most recent letter:

“The last two weeks have been a difficult time for the Elliot team. What began as planning for a successful launch and sharing Elliot with the world, spiraled into a triage scenario, picking up the pieces from a failed launch. While the details of Sergio’s personal situation remain at his discretion to share, we can say that Sergio was no longer in a place where he felt willing to lead the company and has since resigned. Elliot will be winding down its operations by July 15, and the team will be moving on to other things.”

Unfortunately, it really is over for Elliot—from what we can gather, the DDoS attack was too big a blow for Elliot’s success, and once Sergio stepped down, Marco and Clayton decided to end operations.

Elliot has 7,000 merchants on the waitlist. They recommend those merchants export customer and order information to transition to a new platform.

We saw a tweet from Clayton, expressing his feelings. 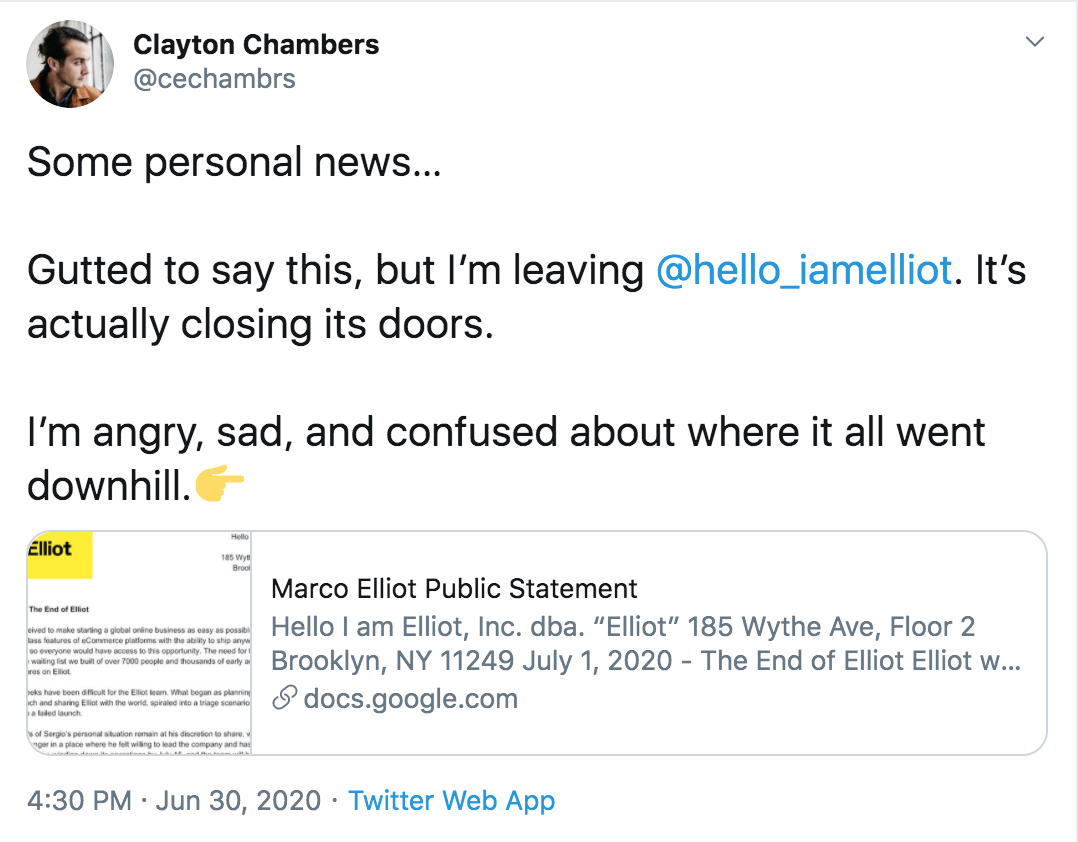 He further added that he plans to stay in ecommerce and is already plotting his next move.

We haven’t seen anything from Sergio since June 25th—and nothing from Marco.

It’s clear Elliot founders are still trying to wrap their heads around what happened. A DDoS attack is every tech company’s nightmare and we feel for the Elliot team that this unfortunately happened.

Building a company is really hard work, as I’m sure all of you know. As much as it might feel good to dunk on a company, like Elliot, that talked such a big game—we have to appreciate these companies that swing at fences.

If we learn more about Elliot—we’ll be sure to share the information here on Recur Now.

You can also share the data with friends and fellow industry players that could use it right now. Send me their email address to grace.g@profitwell.com and I’ll get their name on the list. Or they can subscribe directly at index.profitwell.com.

The Netflix of PLG

How cool would it be to have a product so great that customers sell it for you?

That’s exactly the principle behind a product-led growth strategy. Have a product that users can’t live without—they’ll not only stay on as customers longer, but they’ll probably recommend it to their friends.

If you’re looking for new ways to tap into product-led growth, you’re in luck.

The ProductLed Institute is holding a summit July 27-31, 2020. Dubbed “The Netflix of product-led growth,"  this virtual summit will connect you with more than 150 of the world’s top product-led experts.

Take a step back, enjoy the show, and let your customers do the selling for ya.

Fact: Companies with a recurring business model have weathered the COVID-19 storm better than companies with other models.

Mark Thomason from the International Data Corporation (IDC) shared this in a report examining how COVID-19 impacted businesses with recurring business models.

We know many of you follow the recurring revenue model—and if you don’t, let’s talk.

To checkout the IDC's findings in full → click here

Bindwise has two products: One that provides monitoring for Amazon sellers—sending alerts Amazon doesn’t always reveal. And another product that goes directly in your Google sheets to help automate key processes, reduce human errors, and grow the business.