Churn management strategies to stay on top of customer churn

They spend huge amounts of money and time getting customers in the door but don't think about addressing churn until it becomes a major problem. By that point, it’s already too late. Trying to fix your churn after things have already gone off the rails is a bit like playing the lottery—the odds of success are slim to none.

The number one reason most SaaS companies struggle to lower their churn rate is simply that they aren’t being proactive. They want to improve retention, but they fail to make churn management—the process of identifying who’s at risk of fleeing and taking proactive steps to ensure they stick around—a priority.

Why be proactive about churn management? 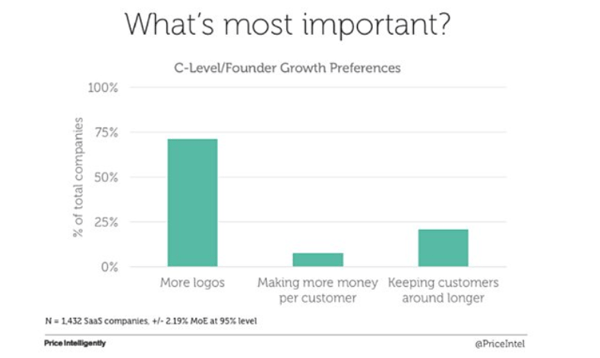 That's not to say SaaS leaders don't care about retention. They just aren't prioritizing or optimizing it. 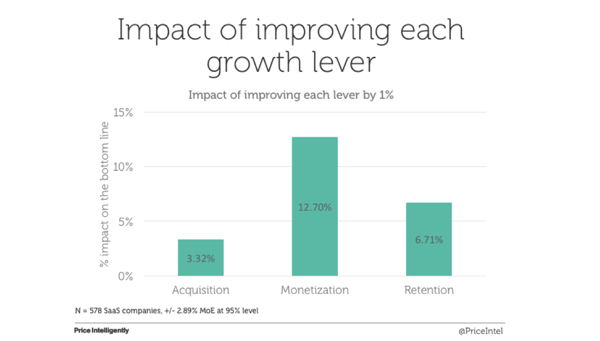 Companies with high churn rates constantly scramble to fill a leaky bucket. And when your budget is spent filling up a leaky bucket, there’s nothing left to buy patches for the holes. In other words, you’ll end up stuck in a perpetual cycle of acquisition.

By spending more money on retention and less on acquisition, you’ll create a positive feedback loop. The customers you bring in will stay longer, meaning you spend less on bringing in new customers and more on keeping the ones you have happy. Marketing Metrics cites that the probability of a successful sale with a new prospect is 5-20%, while the probability of a successful sale with an existing customer is 60-70%. Which is better for your bottom line?

The SaaS companies that keep their churn under control—you know, the successful ones—know the importance of being proactive about churn management. You need to retain and upsell existing customers in order to have the most profitable model for your SaaS company.

How to build a bulletproof churn management process

When I was researching for this article, I came across about a hundred million articles claiming they had “1,573 unbeatable strategies for reducing churn.” The problem? Almost every single one was just a list of churn reduction tactics.

You could start at the top and throw ideas at the wall for your SaaS business until something sticks. But the chances of hitting the churn jackpot and finding that one weird trick for lowering your churn rate are slim to none.

Sure, tactics have their place in reducing churn. But just like your pricing needs a strategy, your churn management efforts need a clear strategy as well. Putting process first and tactics second is the method Brian Balfour of ReForge (formerly HubSpot) recommends—and I couldn’t agree more.

Start by setting high-level retention goals, such as reducing churn by 15% within three months. Make sure your goals are realistic, measurable, and time-bound. Eliminating churn altogether, for example, is probably unrealistic. Some churn is inevitable.

Having a measurable outcome allows you to keep track of progress as you experiment, and setting a deadline ensures you don’t end up spending forever on details that don’t matter. Plus, clearly stated goals keep the team aligned while you work towards reducing churn.

The team at Mention set a specific goal of reducing churn by 20% within three months. It ended up smashing that goal and cutting its churn 22% in only one month by improving customer support, prioritizing paying users over freemium, and nurturing trial users more effectively.

Step #2: Get to know your churn

Before testing specific tactics, understand what, exactly, you’re dealing with. Start by collecting all your data—both quantitative and qualitative—in one place.

On the quantitative side, you can use tools like ProfitWell to track sales data or Segment to track product utilization. On the qualitative side, mine customer service interactions for recurring problems, and try reaching out to customers directly to ask what’s wrong.

Of course, data on its own isn’t helpful. Without a clear understanding of what the data’s telling you, you’re not likely to succeed. For example, growth in a higher-churn customer segment could be mistaken for increased churn overall, which would prompt you to fix a non-existent churn problem.

To combat this, make sure you break the data down even further. Try segmenting your customer data by:

Your end goal should be to build a model of your churn that you can use to predict who’s going to cancel when—a topic I covered in the blog recently.

Most customer churn doesn’t happen out of nowhere. In most cases, users are unhappy with your product long before they decide to cancel, so there are always a few signs or behaviors that customers exhibit right before churning.

Lindy Tolbert calls these “red flag metrics” in her article for ConversionXL:

“Any company’s goal to reduce churn should be to get ahead of the loss by identifying their leading indicators, or ‘red flags.’ These metrics identify when a customer is about to stop their usage, before they actually do.”

Once you’ve collected your usage data, look for common signs shown by customers right before they churn—things like declining product usage, reduced NPS or customer satisfaction, increase in support load, and late or failed payments. Use these signs to identify customers at risk of churning before they actually make the decision to cancel. That’s what customer support platform Groove did.

Groove was steadily onboarding new users in its early days, but a churn rate of nearly 5% meant its growth was unsustainable. It dug into its user data and realized that the users who were spending too much time on a few key tasks were much more likely to churn after the first 30 days.

To combat this, it sent a short email to customers who spent a long time on tasks: 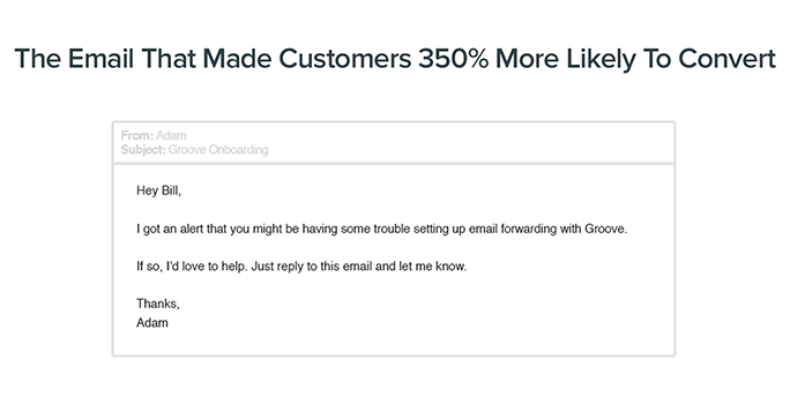 With just one email, they increased their retention rate with those users by 350%. That's the power of being proactive about churn management—by identifying the signals in advance, Groove was able to set up a simple intervention that massively lowered their churn rate.

Now you know where your opportunities for improving churn lie; it’s time to turn them into tests and prioritize those tests by the impact they might have on your churn. Prioritizing or ranking your ideas is important before you start testing since not all ideas have the same impact, and not all customers are worth the same. 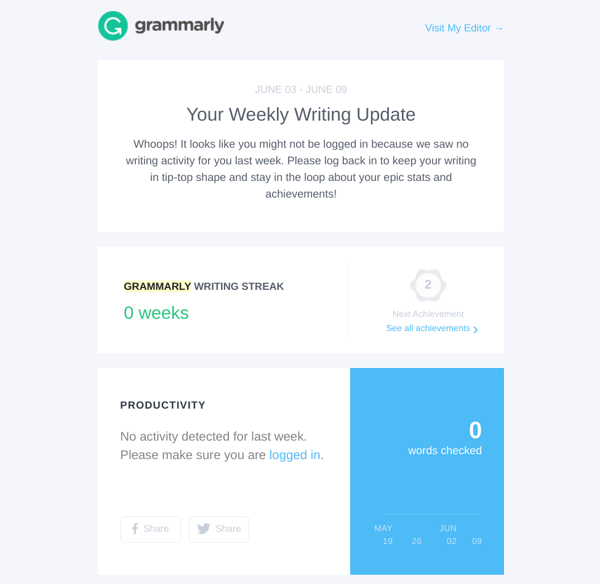 Automated emails like this don’t take long to write and implement—but they can have a big impact on churn rates.

Step #5: Test and analyze your ideas

Now for the fun part—it’s finally time to throw some of those strategies at the wall. Of course, by now, you’ve got a much better idea of what’s going to stick.

A few ideas from the examples above:

The most important thing? Track your results. Companies often tweak their products and services but don’t track whether those changes are actually working.

You need analytics tools to see whether your experiments are actually helping your retention rate. Track both qualitative and quantitative data using analytics tools like ProfitWell, Segment, and Intercom.

Ultimately, even if your churn rate is not affected right away, not to worry—no one gets it right the first time.

Churn management isn’t a one-and-done process—it takes hard work. It’s the iteration process that separates the wheat from the chaff.

With each experiment, you’ll learn a little more about how to manage your churn rate. If you saw a decrease in churn but think the same idea can do better with some tweaks, then you can refine your process and repeat your experiments, reducing churn incrementally with each new idea. If your idea didn’t work, then you’ll still have learned from the experiment about what you can do better next time.

Once you complete your process, you’ll learn so much about your service, customers, company, and team that you’ll have even greater goals and even more questions the second time around. Then you can zoom back in to attack different areas of churn with different ideas.

Churn management is an ongoing process

Fighting churn is a never-ending process for every SaaS company. Sure, playing the churn management lottery might work for some companies, but for most, it’s a waste of time and money.