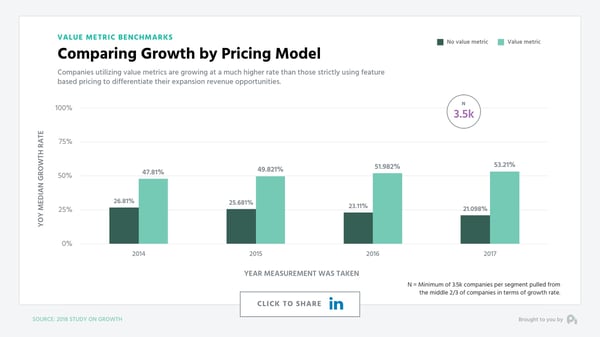 This growth differential for value metric companies is because you’re baking expansion revenue directly into your pricing model. If you’ve aligned your value metric correctly with your target customer base, then as they use more of that metric, they’ll naturally be inclined to pay more, because they’re getting more value. Plus, you won’t have to fight tooth and nail to convince them to upgrade for a feature they probably don’t need.

Gross logo churn rates of those companies who are utilizing a value metric are actually half those of those pricing based on feature differentiation. 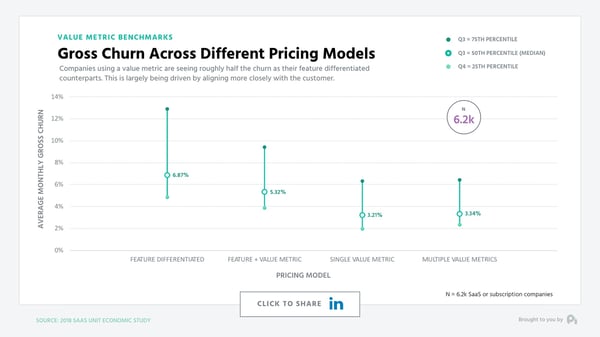 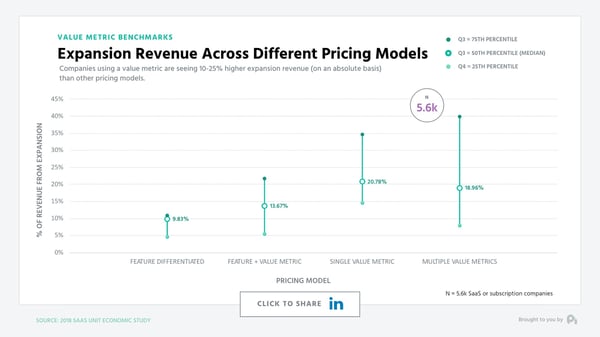 Clearly a value metric is the way to go, but what are some signs you’ve hit the right one? First, I’d make sure you’re seeing this type of throughput from an expansion revenue perspective. If you’re seeing less than 15% of your revenue from expansion, you’re probably using the wrong metric.

Ultimately, the beauty of the subscription model is that with more and more technology coming into the billing mix, we now have the ability to fulfill the dream of commerce, which is to bake the relationship of our users directly into our pricing model, allowing a symbiosis to germinate and grow as that user continues to be nurtured by the value we’re providing.

Well, that's all for now. If you have a question, ship me an email or video to pc@profitwell.com and let's also thank Zeal for sparking this research by clicking this link to share on LinkedIn. We’ll see you next week.

*** If you missed any of our other episodes you can find them here: *** 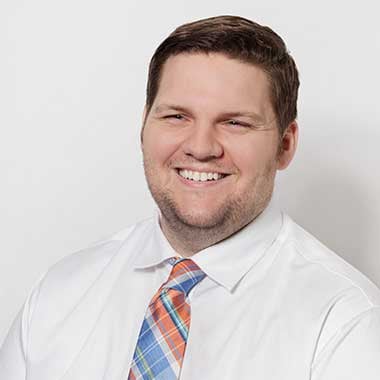